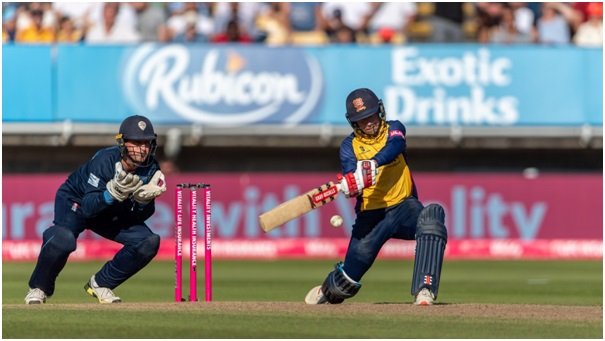 Amidst all the clamour surrounding the finals of The Hundred last weekend, the T20 Blast was understandably a long way from many cricket fans’ minds. And yet, the original answer to cricket’s attempt to appeal to a younger audience resumes this week with its final stages, beginning with the quarter-finals and working through until a winner is crowned.

The Hundred is essentially a souped-up version of what the T20 Blast was designed to be — a shorter, easier to digest form of cricket that can be completed in the space of a few hours and provide family-friendly entertainment. The Hundred came along and blew it out of the water, and it can’t be denied that the tournament was a roaring success. Now it feels like the T20 Blast is a meek substitute for the rip-roaring drama of The Hundred’s finale.

Of course, if the various teams competing in the quarter-finals put on a good show, then people will rediscover why they love the T20 Blast. After all, it is a much purer form of Twenty20 cricket, the kind that England played to such brilliant effect in winning the 2019 Cricket World Cup. There were numerous cricket fans sceptical about The Hundred in that it threatened both the county game and the T20 Blast, especially with the latter having been around since 2003.

Supporters of The Hundred will argue that the new tournament offers a far better way of appealing to new audiences and growing the sport. The unpredictable nature of the event earned it plenty of casual sports fans, who were gripped by the action. Those engaging in cricket betting online found it difficult to know which team to back — with Southern Brave eventually winning the inaugural tournament.

What the T20 Blast really needs is a memorable climax to the 2021 competition, to remind cricket fans that it is still worthy of attention. What won’t help is the fact that these matches follow directly in the shadow of the recently-concluded Hundred. General sports fans, especially those who wouldn’t usually take an interest in cricket but were gripped by The Hundred, may feel like their cricket-watching energies have been fully expended. There is a danger that the T20 Blast will peter out with a whimper.

Of course, it is still an event that boasts a near 20-year history, and that kind of legacy doesn’t die away due to a new competition cropping up out of nowhere. There are still plenty of cricket enthusiasts who strongly oppose The Hundred and see it as a threat to the traditions of the sport, but many were won over by the sheer entertainment of the spectacle put on show.

That is what the T20 Blast is competing against now. In the immediate aftermath of The Hundred, the T20 Blast may seem tame by comparison, and that runs the risk that not as many viewers will tune in as usual. The event usually commands good spectator presence, particularly in the latter stages, and it will be up to everyone involved to put on a memorable spectacle to avoid the competition’s death at the hands of The Hundred.