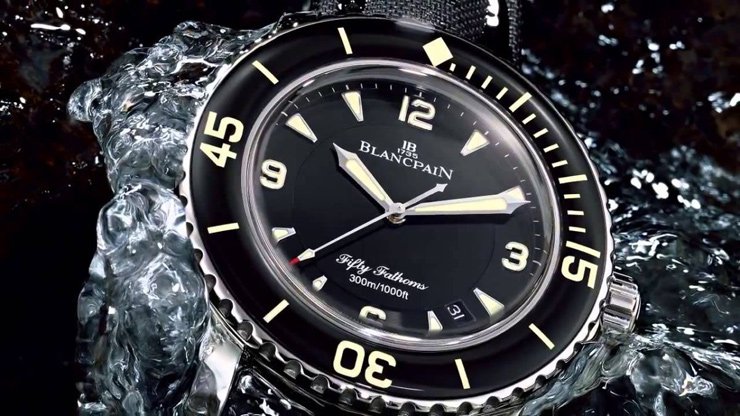 Jehan-Jacques Blancpain founded the Blancpain brand in the early 18th century, establishing his first workshop on the upper floor of his house in Villeret, Switzerland. It’s how the world’s oldest watch manufacturer company began. Since its founding, Blancpain has contributed to the advancement of mechanical watchmaking while also retaining its founder’s ancient traditions.

Blancpain watches are constantly improved while remaining true to their centuries-old lineage. This prowess of the watchmaking procedure allows for complete freedom in the design of high-performance movements. The result is some of the most complicated movements ever made by the manufacturer’s aesthetic guidelines. Each timepiece is completely handcrafted in the manufacturer’s workshops by a single watchmaker. Blancpain is one of the few watch brands where the watchmakers still hand-assemble each movement from start to finish. Here’s a list of the best Blancpain watches for stylish men.

L-Evolution-R Chronographe Flyback Rattrapante Grande Date Watch is the best Blancpain Watch for men of style. This incredible timepiece combines carbon fiber and cutting-edge technology, reflecting the brand’s strong commitment to GT racing. The split-second chronograph can record and display an intermediate time, as well as compare two-time intervals, such as the times of two runners. The second complication displays the date in large figures that appear in two side-by-side apertures. It is armed with the caliber 69F9, which has a power reserve of 40 hours when fully wound. Its self-winding mechanism is made up of 409 components and is built on 44 jewels. An 18-karat white or 18-karat red gold case houses the split-second flyback chronograph movement. The case measures 43mm in diameter and 16.04mm in thickness. The case is built to withstand water pressures of up to 100 meters (about 330 feet). The Blancpain manufacturer chose a modern carbon fiber dial that coordinates perfectly with the bezel and case band.

Blancpain unveils this timepiece, which combines two major devices aimed at reducing gravity-related effects on movement operation: the tourbillon and the carousel. The novel watch’s dial is a real eye-catcher. The upper part of the dial houses a flying tourbillon, while the lower part houses a flying carousel. At the 3 o’clock position, there is also a date aperture. A differential gear system connects the two independent carriages and directs the average rate of both regulators to the time display. It has a sapphire crystal case back that allows you to see the incredible movement through it. A power-reserve indicator is also visible on the case back. It is powered by the hand-wound Caliber 2322, which is made up of 379 individual parts. Its movement is housed in a round, stylish case that measures 44.6mm in diameter and nearly 12mm in thickness. The case, like the Roman numerals on the dial, is made of 5N gold. Blancpain attached this uniqueness to an alligator leather strap with alzavel lining and a triple-blade folding clasp to guarantee the wearer’s comfort.

Blancpain’s piece of art exemplifies the wealth of technical and cultural diversity. Based on fundamental principles rooted in millennia of Chinese tradition, this watch offers a unique perspective on time, placing it among the finest Haute horological creations. It shows a staggering number of indications based on the Chinese calendar. At the 12 o’clock position, a traditional double-hour sub-dial with numerals and symbols indicates the 24-hour cycle. The month of the Chinese calendar, its date, and the leap month indicator are all showcased on the 9 o’clock subdial. At the 3 o’clock position, five elements and celestial stems are depicted, while the aperture at the 12 o’clock position reveals the zodiac sign of the current year. At the 6 o’clock position, there is a moon-phase indicator. The watch’s Calibre 3638 self-winding movement allows for highly complicated performances. This highly complex mechanism provides a 7-day power reserve. It can be seen through the sapphire crystal case-back, along with its white gold oscillating weight, which is set with a Madagascar ruby and inlaid with a dragon figure. The classy round case measures 45 mm in diameter.

Blancpain’s “Ocean Commitment” Bathyscaphe Chronograph Flyback Watch is powered by the brand’s updated in-house caliber F385. The F385 movement is a flyback chronograph mechanism controlled by a column wheel that oscillates at a rapid rate of 36,000 vibrations per hour (5Hz). Because each second is perfectly divided into 1/10th of a second interval, this high frequency is ideal for chronographs. It is encased in a gray satin-brushed ceramic case that measures 43.6mm in diameter and includes a crown and two pushers made of ceramic as well. The sporty case also has a deep blue ceramic bezel that complements the watch’s oceanic motif.

Blancpain is one of the few watchmaking companies that have mastered the whole production methods, from research and development to assembly and hand-finished decoration, every stage of the manufacturing process is handled in-house. They make sure that the watches created are faithful to the brand’s centuries-old heritage while also being innovative. The master artisans take watchmaking to the next level by making their tools in-house, demonstrating true dedication to the art.