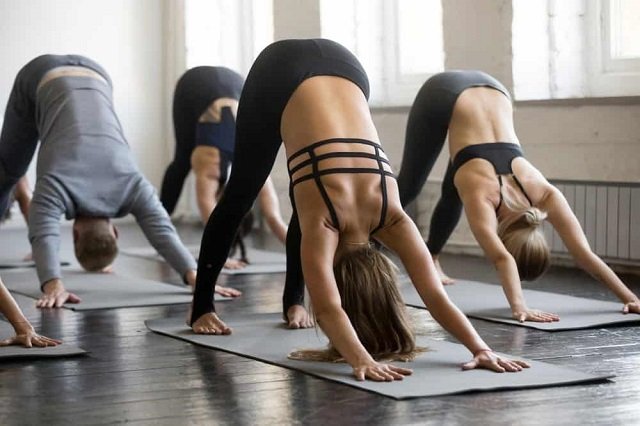 The United States is not just all about eating unhealthy food. Over the years, junk food and other good-looking problems have impacted the body structure of the people in the United States very much.

However, the thing is changing now in a very different fashion. The internet globalisation has assisted individuals in the US to learn many things about different traditions.

All these implementations have helped citizens in the US to become better in terms of handling health-related problems.

Despite the US is the most developed nation in the whole world, it took them a hard time to understand the quality of living (health-wise).

Yoga has taken a different ride of publicity in the 21st century. There are many yoga teachers in the United States. Most of them are earning well. It shows how this practice has impacted individuals across the globe. The health benefits of yoga are just implacable. Keeping discipline in practising this art can tackle major health-related problems.

One can do yoga today and can see the benefits after 10 to 20 years. During old age, it becomes a true medicine of health and wealth.

Nothing can beat the United States when it comes to having more than sufficient number of Vegans. Veganism is a new religion of protecting animals. Everybody does not agree with this fact. However, there are millions of followers joining Vegan-based diets. It shows great health benefits to many individuals.

Ayurvedic products are no longer belonging to Indians. There are too many people in the United States and Europe taking ayurvedic products. It takes time to cure diseases of these medicines – but the long-term benefits are at a different level. It is just like yoga.

Health has become a great topic to follow for individuals around the world. The United States is again leading the line, with others are following it as fast as firing cannon.