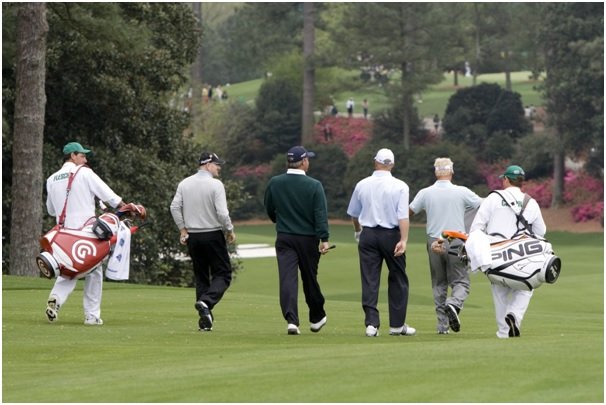 Golf is an unforgiving, and frankly, unpredictable sport. It is also a sport where even the biggest names can buckle under pressure, especially when it comes to the Majors.

Over the years, we have routinely seen the top stars produce three stunning rounds of golf, only to fall away on the Sunday of a Major tournament. With victory in their grasp, they have inexplicably managed to choke, and they have been left to rue what could have been.

There has been many a meltdown in the Majors over the years, so let’s delve into the archives, and reveal four of the worst, or rather most memorable chokes.

Clutch moments, and being able to handle them, define the best sportsmen. Although Greg Norman won two majors during his career, there’s one Major that he will wish to forget!

Holding a six-shot lead going into the final day at Augusta, Norman somehow managed to blow it, and he let his rival Nick Faldo through the back door. Nerves got to Norman, as he bombed out with a 78, while Faldo shot a terrific 67 to take the Green Jacket. It never quite happened for Norman at the Masters, as he finished runner-up at the Masters on three occasions.

Poor old Jean Van de Velde. Walking up to the 18th at Carnoustie, Van de Velde had one hand on the trophy. He only needed a double bogey to win, but what transpired was tragic.

Golf fans will still have that image of Van de Velde barefoot in the Barrie Burn etched in their minds. The Frenchman struck disaster as he managed to criss-cross between the rough, water, and then the sand to make a triple bogey. The Open went to a play-off, but clearly stunned by what happened, Van de Velde lost it to Scotsman Paul Lawrie, who has been described as the best player to play in waterproofs.

The Masters is a cruel mistress. Augusta is the kind of course that can torment you mentally if you find yourself out of position. In the run-up to the 2011 Masters, Rory McIlroy had been currying favour in the bet exchange to slip into the Green Jacket.

But the Ulsterman’s choke brought him to tears. Going into the final day four strokes clear, his lead was slashed to a single shot going into the back nine.

The choke was colossal, as he proceeded to drop six shots in three holes, as he tripled the 10th, made a bogey at 11, and then four-putted at the 12th. However, McIlroy managed to get over his disappointment, as he stormed to victory at the 2011 US Open at Congressional.

Setting a total, and keeping the round going with birdies is part and parcel of the mindset of the modern-day golfer at the final round of any given Major.

Perhaps someone ought to have told that to Adam Scott. The Australian appeared to be well placed for victory at Royal Lytham when he converted a monstrous putt for birdie at the 14th, but a four-bogey stretch on the final four holes meant Ernie Els won by a single shot.