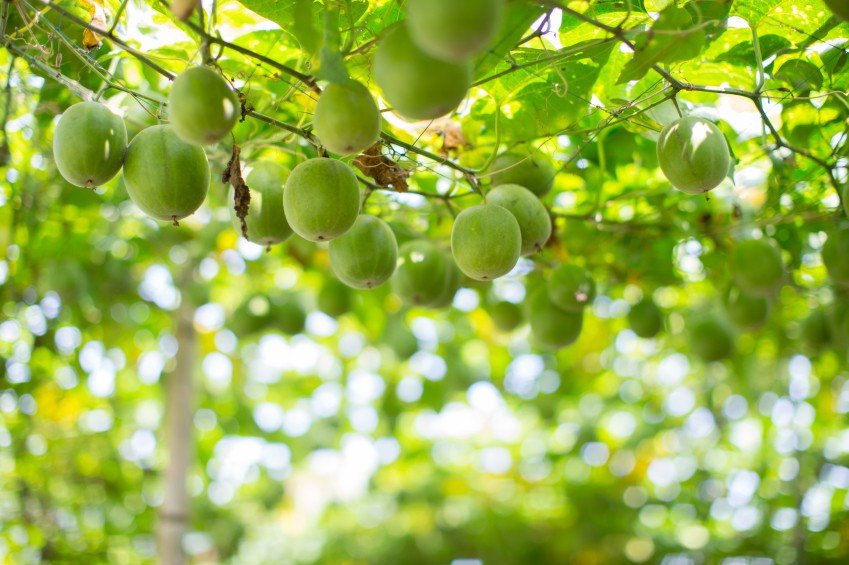 Did you know that people in the United States consume far too much sugar? We’re the leaders in sugar consumption, with many children and young adults consuming over 17 teaspoons of added sugar per day. Believe it or not, even drinking a can of Coca-Cola adds 16 teaspoons of sugar, and many people never think twice about their daily soda consumption.

Excess sugar consumption can lead to diabetes, obesity, heart disease, and more. While small amounts of sugar (even added sugar) can be fine, it’s not helpful to eat excess sugar.

Have you considered baking with monk fruit sweetener to try to lower the amount of sugar that you consume every day?

We’re here to talk all about baking with this sugar alternative so you can decide if it’s right for you. Keep reading to learn more.

What Is Monk Fruit?

So what is monk fruit anyway? This fruit is unfamiliar to many people if they haven’t already joined the sweetener craze.

Monk fruit is a melon that’s native to China. It’s been used in traditional Chinese medicine for a long time, but because of the west’s distrust of traditional medicine, it’s never made its way to the United States.

While a lot of traditional Chinese medicine is questionable, monk fruit holds up as a healthy treat. Monk fruit extract can be in liquid or powder form and it works well to sweeten drinks, baked goods, and more.

So why would you use monk fruit instead of sugar? Why would it be a better alternative to some of the other sweeteners on the market, such as zero-calorie sweeteners (like aspartame) or liquid sweeteners like honey, agave, and syrup?

Here are a few monk fruit sweetener benefits to consider before making your purchase.

Monk fruit sweetener has no calories or fat. This makes it a great option for your morning coffee or tea, baked goods, and even cooking dinner if you need a sweetener.

Excess sugar consumption leads to weight gain, and the United States is one of the world’s most overweight countries. If you’ve been struggling to satiate your sweet tooth while dieting, monk fruit might be the solution. You can stay on track without sacrificing sweet treats.

Because monk fruit sweetener doesn’t contain any sugar or carbs, it’s safe for people with diabetes. It shouldn’t raise their blood sugar levels so they’re able to consume it without worrying.

Keep in mind that people with diabetes should always double-check their baked goods just in case there’s another source of sugar.

This one is tricky and it mostly relates to other sugar alternatives.

Many people find the taste of artificial sugar alternatives unpleasant, at least at first. They taste fake and it’s common for people to crave sugar after eating products that were sweetened with monk fruit.

Even other natural sweetening options, like stevia, still have an unpleasant taste in comparison to sugar.

Monk fruit is an acquired taste for many people. It doesn’t taste like sugar per se. The aftertaste can be off-putting.

That said, if you don’t like the chemical taste of the popular artificial sweeteners and you can’t stand stevia, monk fruit sweetener might be the right sugar alternative for you.

Are you worried about transitioning to monk fruit sweetener because you’re worried about how it will work in your baked goods? You shouldn’t be.

You can use monk fruit sweetener in most of your favorite sweets, but it may change the texture of the final results. There will be a trial and error process.

When in doubt, look for recipes online that use monk fruit sweetener instead of sugar. This will give you a better idea of how ratios work and it will guarantee that you get good results.

Some things, like syrups, won’t work with monk fruit sweetener. You may have to use sugar for some parts of your baked treats unless you’re using a monk fruit-specific recipe.

So if monk fruit is so great, why aren’t more people using it?

Well, most people don’t know about monk fruit sweetener. It’s getting more popular as time goes on, but sugar is so popular that many people never even consider alternative options.

As we mentioned, monk fruit also isn’t for everyone. The taste may be offputting for people, especially if they aren’t willing to adapt to it.

Monk fruit won’t work in every recipe and it takes time to learn how you can use it. This process is frustrating.

Monk fruit sweetener is more expensive than sugar. Because sugar is so readily available, it’s the cheapest option. You can buy a large bag of sugar for less than $5.00 in many grocery stores.

While the cost difference might not seem substantial, anyone who’s on a tight budget will go for sugar before they go for monk fruit sweetener.

Will You Try Baking with Monk Fruit Sweetener?

Baking with monk fruit sweetener can be tricky, but once you get the hang of it, it’s a game-changer.

For more helpful articles about the top trending topics, visit the rest of our site.