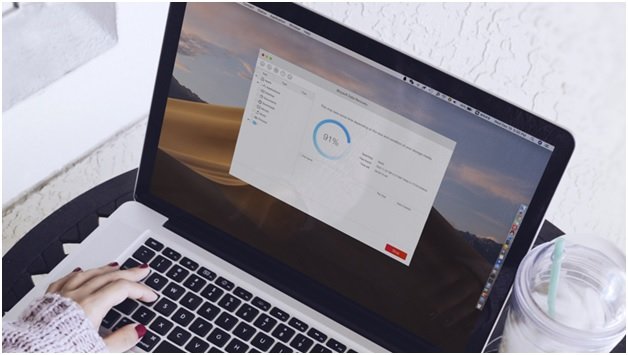 One of the most significant parts of your computer is the hard drive because it allows you not only to store your data but also preserves the files that are required in order to run the windows smoothly. Although a regular hard drive comes with a specific year, perhaps around 10 -12 years lifespan, it can also be damaged internally due to several reasons.Realistically, your laptop hard drive becomes prone to failure after three to five years, and this is true for SSDs, too. Mac computer, indeed, is the most sensitive variation among all types of computer and Mac data recovery is also a critical job although several data recovery applications are available in the market.

After your Mac hard drive is misbehaving, it becomes highly likely to lose data, which to some extent leads users to replace that hard drive with a new one if that previous one is badly crashed. However, if you follow some tricks and some behavioural change in your computer or feel that your hard drive may crash, you must have noticed several warning signs.

This article tends to shed light on the causes of hard drive failure and common 5 signs that you will notice before your hard drive is crashed.

What is Hard Drive Crash?

Since standard rotational drives rely on physical components to read and write data, it is familiar that one or more of these components will fail. And this is often considered as the highlighting and common cause of hard drive crash in everyday phenomena. However, here are the 5 common warning signs that you want to consider to save your hard drive from crashing because it would give you a hard time.

Before any failure of your hard drive, you will notice your computer to become slow gradually, which makes it difficult and time-consuming to load stored data. The most horrible part is that when these types of unusual actions, such as slow processing speed, frequentlyfreeze and show the blue screen of death, you must know that your hard drive has become quite vulnerable and may crash anytime. In order to avoid such instance, you can run a host of diagnostic tools, but you should start by looking into your system’s S.M.A.R.T. (Self-Monitoring, Analysis, and Reporting Technology) data.

Another significant sign is that your files will be often shown as corrupted or show the message that ‘Couldn’t find’ or whatsoever. Other than showing such messages, you will also learn that the files are corrupted through scrambled file or folder names, random error messages,disappearing files or folders and so on.

Did you know? A standard rotational drive spins around 5,400 or 7,200 times a minute while loading its internal data system. When a purpose is vulnerable to corruption, you will start hearing noises coming from your hard drive and once it happens, take the necessary steps as soon as possible. Usually, grinding or screeching noises indicate that parts of the hardware, such as the bearings or spindle motor, fail.

This is one of the warning signs that shows that the physical part of the hard drive is at risk, and to understand that generally, you will notice that your computer is attempting to boot but returns a “file not found” error. This is a common yet critical issue since it can lead the hard drive to be permanently damaged.

Last but not least, disk error itself defines that the installed hard drive is vulnerable to crash both physically and logically. Disk error, in general, occurs for various reasons and upon taking the place of such an instance, you will not be able to load and run any software correctly, the drives may become inaccessible and also, it will show lots of errors which are the part of unusual behaviours.

This post has listed 5 warning signs that your Mac hard drive is going to crash, paying attention to them may rescue you from further inconvenience. Plus, try to save your data as soon as possible once the hard drive is damaged. One of the best ways to do so is using professional data recovery software, for example, iBoysoft data recovery for Mac is a credible and powerful one.