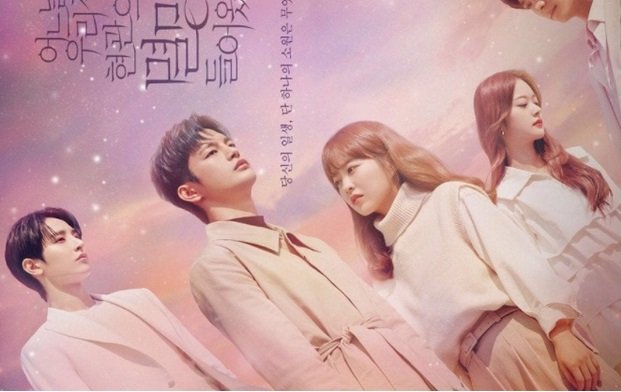 A new Korean drama series has arrived on our screens, and it is breaking hearts!

Korean actors Park Bo Young and Seo In Guk had their kdrama return with the fantasy drama ‘Doom At Your Service.’

This Korean drama comes with a banger. With its fascinating teaser and appealing posters, it had already begun to captivate hearts weeks before its release.

What You Should Know About the Plot

‘Doom At Your Service’ tells the tale of Tak Dong Kyung (Park Bo Young), who lost both of her parents at a tender age. She enjoys a solitary life as an editor for online publications, but her life is shaken afresh once she is discovered with a brain tumor and has not more than 100 days alive.

Kyung blames her unfortunate self and pleads for the world’s annihilation, unwittingly summoning Doom (Seo In Guk), who is neither a human nor a god. Kyung, the catastrophe himself, appears and spends the last 100 days with her.

Review of the Storyline

It began so brilliantly that admirers related it to one of the classic fantasy series Guardian: The Lonely and the Great God. It is aesthetically mesmerizing in terms of cinematography. The portrayal of humanity and its actions, the divine, right and wrong, the universe, and its guardians were lovely. However, the dialogue in the play made it hard to comprehend, and all the concepts appeared to be incomprehensible at times, which was one of the primary reasons why its ratings decreased.

The Doom At Your Service story was a thrill ride until episode 6, but after that, the drama tapered down and got quite dull. This undermining of a highly desirable storyline makes it incredibly foreseeable. The fantasy quickly devolved into a pretty lighthearted play having little to do with thrills, excitement, or suspense. It is something you could have seen in your previous Korean fantasies.

The love triangle between second protagonists Lee Soo Hyuk, Shin Do Hyun, and Kang Tae Oh, was one of the best portions of the whole drama. It had little to do with the show’s primary narrative or name, but truthfully, it was a finer and more compelling storyline than the core. One of the best aspects of the screenplay was that this padding plot was never shelved, even in a single episode. It took up approximately half of the screen time and appeared to be the main plot rather than the doom’s story at moments.

Through the novel writers and editors in the play, the creator of the play consistently sought to transmit what he thought across the drama, and it appeared wonderful to maintain recognizing his points of view. It provided the mystery of what was about to transpire more compellingly, but it is unfortunate that it stayed too routine and largely lacked the sizzle.

The simple love-hate relationship of Dong Kyung and Doom flickered a little bit but remained bland, as it did in most fantasy that restored the subject from the dead. The final episode was far superior to the other ones, and it concluded with no snags. Ultimately, it did not live up to the hype, and it would be unlikely to crown it as the best drama of 2021.