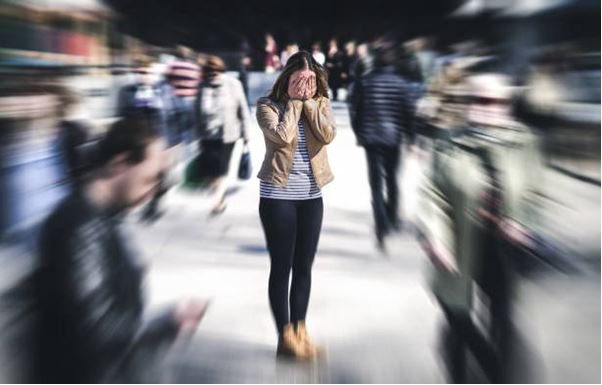 Many people have misconceptions about Schizophrenia, which leads to concerns such as “Is schizophrenia dangerous?” “Is it possible for Schizophrenia to lead to violence?”.

Several schizophrenia myths have given rise to schizophrenia stereotypes, making it harder for patients to cope with an already challenging disease. Here are some intriguing facts about schizophrenia treatment to debunk such myths.

Myth: Patients with Schizophrenia appear to have numerous personalities.

Fact: One of the most widespread misconceptions regarding Schizophrenia is that it causes many personalities. Most people believe that people with Schizophrenia have split personalities or that they act like two different people.

Multiple personalities in Schizophrenia are misconceptions because the patient does not have two identities; instead, they have lost contact with reality or have incorrect beliefs about it. Multiple Personality Disorder is a disorder that is entirely separate from Schizophrenia.

Myth: Schizophrenia is a severe illness.

Fact: Persons with Schizophrenia are not violent or dangerous, this is one of the most vital schizophrenia facts. True, most patients can act erratically at times. Still, if they are adequately treated in the hospital and take their medications on time as prescribed by their doctor, there are very few odds that they would be aggressive to others.

If the patient engages in any act of violence, the behavior likely stems from a problem with substance misuse, which is particularly frequent among schizophrenia patients.

Myth: If both parents have Schizophrenia, the child will almost certainly inherit the illness.

Fact: Doctors are frequently asked if Schizophrenia is inherited. According to experts, genetic factors have a part in the development of Schizophrenia, but if just one parent has the disorder, the odds of the child developing it are only 10%. In particular, if more than one relative of the patient has Schizophrenia, the chances of inheriting the disease increase.

Myth: Schizophrenics must be segregated.

Fact: These prevalent schizophrenia myths stem from unjust schizophrenia stereotypes that the general public accepts. Patients with Schizophrenia no longer have to commit themselves to a mental institution or live in seclusion as the relevance of mental health in society grows. Patients who have this chronic mental illness are currently advised to live with family or community homes that cater to their needs.

Myth: People who have Schizophrenia are unable to recover.

Fact – Schizophrenia can be difficult to treat, but advances are being made thanks to modern science and a shift in people’s attitudes toward medication, counseling, and psychotherapy. With the support of lifetime treatment and drugs, half of the population suffering from Schizophrenia can now live entire, productive lives.

Schizophrenia is a mental illness that affects people of all ages.

To cope with the symptoms, schizophrenic individuals must build emotional and social coping mechanisms throughout time. As stated below, schizophrenia patients have delusions, making it difficult for doctors and caregivers to persuade them that they have a mental illness.

Family and friends must closely observe patients until they build coping mechanisms and learn to control and regulate their emotions appropriately. Patients with Schizophrenia can live an everyday life free of frequent episodes and symptoms by receiving regular psychotherapy interventions, counseling, and peer support. Step’s patients can take to improve their quality of life while living with Schizophrenia include:

Join a peer support group – This allows patients to share their experiences and be a part of a non-judgmental setting to discuss development and improvement strategies.

Participate in social skills training activities – As mental health becomes more prominent; patients might benefit from social skills training activities provided by non-governmental organizations (NGOs). Consider living in a communal housing facility – If you have a very debilitating episode that puts you at risk of self-harm, go into a Schizophrenia rehab program or residential schizophrenia treatment facility right away.