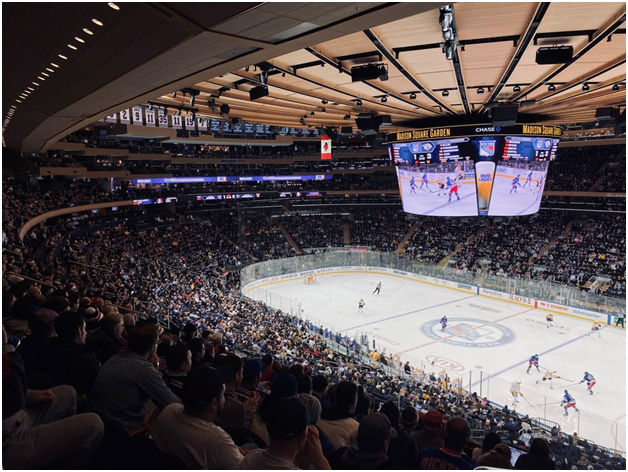 NHL clubs signed many of the free agents within minutes of the launch of this year’s free-agent market opened last Wednesday. With the market open for the next month, more players are expected to move to a new team. Since the salary cap of the NHL remains at $81 million for the new season, teams need to come up with more cost-effective ways to strengthen their position at the end of the season.

For example, frugality from the general manager, affordable talents, and signing worthwhile free players are some of the best cost-effective approaches. Here is the name of bargain unrestricted free agents the market offers to teams in the NHL.

This list is compiled by Kate Richardson, an expert guest author on blog posts. You can read her other articles here.

He became an unrestricted free agent after playing with Boston Bruins, Minnesota Wild, and San Jose Sharks. After last season, the Sharks decided not to qualify his rights. Any club looking for a middle-six forward with a nice scoring ability should seek his services.

The 25-year old showed moments of offensive flair when playing for the Wilds between the 2018 and 2019 seasons scoring 16 points in 22 matches. During his time with the low-scoring Sharks, he ended the season with 20 points after playing 50 games. This is an impressive attacking ability, given the way the sharks played last season.

Although his best position is at the center of the attack, Donato can play on the left side. The complaint about him has been about his inconsistency, but the scoring bursts he has can make him a worthy investment. One year deal worth approximately $1.5 million is a reasonable price to get his services.

In his career, Murray was a first-round pick for the Columbus Blue Jackets, precisely in 2012. However, injuries have hindered his development since he joined the NHL eight years ago. But, the 27-year-old defenseman is a viable, cost-effective option for teams going into the new season because of his experience.

Although injury prone, he has maintained a 20.1 ice time per game since joining the NHL as a professional. Last season, he managed 18.4 ice times with the Devils, collected 14 points after playing 48 games. Also, he led the team in the number of blocked shots with 73.

Murray will be an excellent addition to any team without a left-side experienced defenseman. With the decline in the number of quality players left in the free market, a yearor two-year contract worth approximately $2.5 million would be enough to get him to commit to a team.

If there is an NHL team searching for a winger with great offensive ability, should go for Tomas Tatar. Although he is coming off a four-year deal worth more than $5 million annually, Tomas can provide a reasonable short-term solution to any team that needs his services.

An incredible playmaker with a good eye for goals, Tomas scored at least 20 goals in his six-season starting from 2014-15 seasons with Detroit Red Wings, Vegas Golden Knights, and Montreal Canadiens. In addition, he scored more than 45 points five times during the period in question.

Last season, he finished the fourth highest goal scorer among his teammates, scoring 30 points in 50 appearances. However, his postseason numbers are not as impressive, with 12 points gathered in 40 career playoff games. With such numbers, it is to see his value drop in the free – market.

Therefore, teams looking for a player in his position should take advantage and sign him for a reasonable price. Admittedly, a two-year contract at $3.5 million annually should be enough to get him.

Formerly a first-round pick during his time with the Anaheim Ducks in the 2014 NHL draft, Nick has seen his career decline since. It is easy to say he hasn’t lived up to the potential of a power forward many analysts had predicted. But, his ability can be useful to any team looking for a big, grit, and a good scorer in the second or third line.

Nick is a tough last who scored a career-best of 15 goals in 56 matches to end the season as the fourth-highest scorer in his club, Boston Bruins. In addition, he had the fifth-highest number of shots in the team, with 121. Nick finished his three-year deal with the Bruins last season. He became a free agent when the Boston Bruins decided not to qualify his rights.

His physical mode of play can be productive with the right environment around him. If a team can offer him at least $ 1.490 million a season, they can get his services.

The 26-year-old became an unrestricted free agent after the Edmonton Oilers opted not to give him a qualifying offer. Kahun is an all-around forward that can skate in the middle of the six and get goals. He made his NHL debut with the Chicago Blackhawks in 2018.

Since then, he has played for Pittsburgh Penguins and Buffalo Sabers. With a decent offensive flair and an 83 points career haul in 186 games, Kahun is a decent player capable of playing in the second or third line. His last contract was a one-year deal worth $975,000.

Therefore, he won’t break the bank for clubs on a tight budget. His experience is worth consideration too. An annual contract of $1 million would be enough to get his signature.

Teams should not be discouraged because these players are free. Most of them are young players capable of turning their careers around and becoming top players in the future. We hope teams find this list valuable. You can check our other posts to find out the latest news or rumors in the NHL. Many bettors are looking forward to the start of the new NHL season and should check out our list of bookmakers in Ireland. These bookmarks are some of the best in the betting industry.