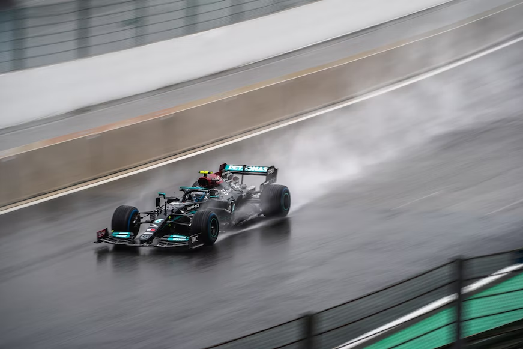 When it comes to motorsport, people generally fall into one of two camps. You are either a diehard petrol head who loves watching riders and drivers battle it out for supremacy on track or someone who sees auto racing as simply “driving in circles for two hours”.

There are some people in this second category that believe that motorsports shouldn’t even be categorised as a sport since the car or bike is doing all of the work for them.

To back up this argument, they’ll draw comparisons to cycling, where a rider must use their own power to make the bike move forward or running where athletes compete with their legs.

But is this categorisation fair? Are motorsports truly sports?

Comparisons With Other Professional Sports

Let’s first take a look at whether professional motorsports share the characteristics of other categories.

Formula 1 and MotoGP, the two highest classes of competition for car and motorcycle racing respectively, are a good place to start since they are the most similar to other top-flight leagues.

Competitions like the NBA, NFL, MLB, English Premier League, Champions League, and KHL all have several things in common.

Firstly, they have large audiences that religiously tune in to watch games on television or in person. Each match can have millions of sets of eyes on them live, with many more catching the action later on through social media, replays, or highlights shows.

Motorsports are no different. Formula 1 attracts two billion viewers each year, while MotoGP has more than 400 million.

Similarly, almost all major leagues, whatever the discipline, are followed closely by bookmakers and bettors. Sportsbooks in the US, for example, attract billions of dollars in wagers for individual games and futures markets.

The same is true for motorsport. Many major American sportsbooks offer odds on the MotoGP World Championship, with Fabio Quarataro currently looking strong as favorite. And just like in all other sports, those odds will be monitored closely by the bookies and altered depending on the outcomes of the final few races of the season.

Television and betting are just two examples of where professional motorsports and “traditional” sports are almost identical. The same can be said about other commercial aspects, including athlete salaries, league revenues, and large sponsorship deals.

Therefore, by almost every metric the two are identical. However, this isn’t always enough to satisfy critics. Some remain unconvinced that motorsport is a true sport because an external form of propulsion is involved.

So let’s dive deeper and turn to the dictionary. There, we’ll find that the definition of a sport is a competition involving either individuals or teams that requires both “physical exertion” and “skill”.

By that metric wrestling doesn’t count as a sport as the outcomes are predetermined and esports fail to meet the standard because they don’t require physical exertion.

Motorsports, on the other hand, tick every single box.

Races are unscripted competitions, with teams and drivers all trying their best to gain an advantage over their rivals so that they can take victory. In Formula 1, teams will spend millions of dollars to just gain a few fractions of a second of time over a single lap, showing just how serious it’s taken.

A lot of skill is also required to drive a car or ride a bike at speeds approaching 200mph and navigate corners while pushing the vehicle to the edge of its ability to keep gripping the track. Drivers are required to find the optimum racing line around each track, balancing entry, corner, and exit speeds to save as much time as possible.

And, most critically, doing this in a car with no power steering for hours on end is a serious physical challenge. For more updates, visit: https://thehollynews.com

Away from the track, drivers have strict diets and intense exercise regimes to keep their bodies at the optimum level to perform at their peak. They need strong muscles because the G-forces exerted on them match those endured by fighter pilots.

They can also lose significant amounts of fluid during a race due to the high levels of perspiration they endure, with most having drinks systems fitted to their cars to help them stay hydrated.

Overall, it is clear that, by every definition and comparison, motorsports are absolutely real sports.

Kabaddi is one of the sports that only a few know about. But that is the discipline that can be a great choice for...
Read more
sports

The Most Popular Soccer Leagues in Europe

There are a number of soccer leagues in Europe but this guide will only cover the most popular ones. The “Big Five” football leagues...
Read more
sports

What are the Most Popular Sports in the World?

Do you love watching sports? If so, you're definitely not alone. In fact, sports are some of the most popular forms of entertainment in...
Read more
- Advertisement -