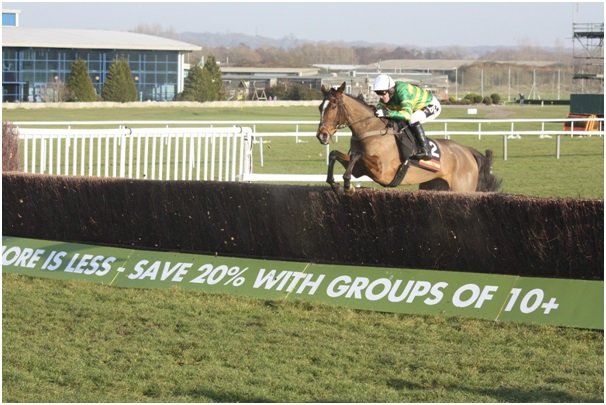 AP McCoy is indisputably one of the finest jump jockeys of all time. His determination to win every race he competed in was unparalleled. However, the Ulsterman also broke practically every bone in his body after more than two decades in the saddle, and the way he dealt with adversity was incredible.

In April 2015, McCoy announced his retirement, but he was one of a kind. Success came easily to McCoy, and whenever the horse racing tips were released before a big meeting, he was generally priced as the short favourite.

McCoy transcended racing, and his legacy endures. But in an extraordinary career, there were so many highlights. We have therefore decided to pick five defining moments.

McCoy churned out wins in a way that no other jockey has managed to do so. He was a model of consistency, and he passed some significant landmarks along the way.By December 1999, he clocked up 1,000 wins, and his 1,500th arrived two years later. He had an affinity with Cheltenham, and he landed a rare Cheltenham Gold Cup/Champion Hurdle double in 1997 on board Mr Mulligan and Make A Stand before clinching victory in the King George VI Chase on Best Mate in 2002.

But when he beat Martin Pipe’s record of 4,191 winners, that was a hugely satisfying landmark to reach. In total, McCoy wound up amassing more than 4,300 winners.

Most winners in a season

McCoy, as you will have noticed by now, was a winning machine. Week in, week out, he was a man dedicated to his craft, and he had an iron will that few possessed.But if we are to take a closer look at seasonal tallies, McCoy rode 74 winners in his maiden season as a pro. In the 1997/98 campaign, McCoy claimed 253 winners, eclipsing Peter Scudamore’s tally of 221 jump wins.

The 2001/02 campaign, similarly, was laden with triumphs. Indeed, McCoy picked up 289 winners, surpassing Sir Gordon Richards’ previous record of 269 winners on the Flat.

Jump jockey Championships are hard to come by, but McCoy swept up every year. His rivalry with Richard Johnson was enduring, but McCoy had a vice-like grip on the title.Indeed, McCoy was crowned jump jockey champion every season from 1995/96 right up until he left the sport at the end of the 2014/15 campaign. McCoy was phenomenal and simply untouchable at times.

15 years for a Grand National title

McCoy’s struggles with the Grand National were well pronounced. It seemed like the prestigious trophy would evade his grasp after 14 failed attempts.But it was the 15th time lucky in 2010, and the wait was well worth it. On board the 10/1 joint-favourite Don’t Push It, things clicked for McCoy as he surged to a five-length victory ahead of Black Apalachi.

McCoy deserved all the plaudits that came his way during a magnificent career. And away from the horse racing courses, he was fully appreciated for his efforts, and he was crowned BBC Sports Personality of the Year in 2010.It is rare that for a jockey to pick up this individual accolade, but after shattering virtually every possible jump record, it was well deserved.